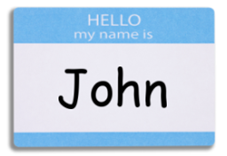 Dale Carnegie wrote in his landmark self-improvement book, How to Win Friends and Influence People, that “a man’s name is to him the sweetest and most important sound in any language.”  Most people would not argue this point, yet many people still have trouble remembering names.
Despite being a salesperson for majority of my professional career, I have struggled with remembering names, Here is a short list of techniques that I have tried throughout my career:

Read more »
Posted by John Morgan at 9:17 PM No comments: 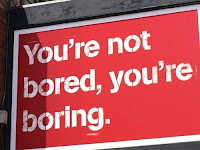 Many people dread small talk.  You know, the cocktail party chatter, networking, and anytime you find yourself in a room full of strangers that you are expected to interact with socially.  Ugh!  If you are one of these people, here are a few easy tips on how to have more fun at your next networking event.

Much has been written about how to become a better conversationalist, and usually the tips go like this:

All of these instructions are valid, for sure, but there is a lot more to being a good conversationalist.  For example, to become a good listener, the instruction is usually to be genuinely interested in what the other person is saying.  But what if they are boring the pants off of you?  What if they are talking about a subject that is so foreign to you (i.e. over your head) that you can't follow what they are saying?  How can you possibly generate "genuine" interest in something you are so genuinely NOT interested in?  Here are some ideas....

Remember, They Are Here to Network
Though your conversational partner may not be acting like they want to talk to anyone other than you, they came to the event for the very same reason as you; to meet people.  Be a good friend, and help them do it.  When you find yourself drowning in a boring conversation, look for people walking by who might be more interesting to talk to, and invite them to join you.  Don't think of this as dropping a boredom bomb on them.  Simply invite them to join you, introduce them to your conversational partner, and give them a brief synopsis of the most interesting (i.e. least boring) parts of the conversation so far.  Then ask them a question that is loosely related to the subject, and hope that they take it in a different direction.  No need to make the earliest escape possible, as you don't want to appear rude.  You end up looking great because you are the conduit connecting people to each other.

Listen For Detour Opportunities
The advice to be a good listener is great, but you need to do more than just process the words that are coming out of the other person's mouth.  Especially if the conversation is heading to Boresville, you need to be listening for something very specific; for an opening.  You want to listen for little hooks in the conversation that you can grab onto and ask a question that will direct the conversation to a topic you find more interesting.  For example, if your partner is blabbing on and on about a golf trip they took to Scottsdale, and you have no interest in golf, you could grab onto "Scottsdale" and ask them how far that is from the Grand Canyon.  "Oh, you've never been there?  It's one of the most beautiful places to see a sunset.  What national parks have you been to?"  Viola!  The trick here is that you are not hijacking the conversation so that you can tell your own story.  You are just redirecting your partner to speak on a topic more interesting to you.  In the end, your conversational partner will only remember how easy it was to speak to you, not necessarily what you talked about.

Escape With Grace
The classic phrase to escape a boring conversation is, "Excuse me, I need to get another drink/go to the bathroom/check my voicemail."  And while these do often work, there is always the chance that the person follows you.  To truly make a graceful exit, you need to be respectful of what your partner might want to achieve at this networking event.  First of all, be polite.  Thank them for the great conversation (even if it's a lie).  Second, ask for their business card and tell them why you might give them a call in the future ("if I am headed to Scottsdale anytime soon, I am going to give you a ring.").  Third, ask them if they are trying to meet anyone specific at the event.  Tell them that if you bump into that person, you will try to introduce them.  Lastly, wish them well ("enjoy the rest of the event").  Now head to the bar for a refill.

Help Others Be Successful
Overall, one of the best ways to be a good conversationalist is to make others feel comfortable.  Most people find it difficult and nerve racking to make small talk.  The more you can do to make them feel comfortable and help them make connections, the better you are going to look.  At their core, all of the tips above focus on how you can help others be more successful at networking, not simply to escape from a boring conversation.  By keeping your focus on how you can help others, people are going to remember you as one of the most interesting people that they meet at any event.

I had my Human Relations class laughing out load while watching this funny video about body language.

It is amazing to many how much information is communicated though body language during an ordinary conversation.  The importance of your non-verbal communication is amplified in a public speaking setting.  If you have never given much thought to what your body is saying while you speak, try this little experiment.


As long as they are not experts in lip reading, they are very likely to interpret your communication very differently than you do.  The vast majority of the emotional content in your message is communicated though non-verbals like body language, posture, and vocal tone.

Improv Comedy Troupes, like The Laff Staff in Jackson Hole, WY, play a fun game during performances that emphasizes how much information is communicated non-verbally.  The game is called Deaf Replay, and it involves three pairs of actors.  The first pair is instructed to make up a scene based on a suggestion from the audience.  The remaining two pairs are kept off stage with headphones blaring loud music so that they cannot hear the audio portion of the scene.  The first group must then try to reenact the scene from the first pair of actors, using all of the same body movements, and trying their best to guess what the dialogue was between the first to actors.  The third group, who were only allowed to watch the 2nd group of actors perform (again, no audio), try to reenact the scene from the 2nd pair.  It never fails that the three scenes are COMPLETELY different, and hilarious.

If you have never scene improvisational theater performed, I highly recommend it, as it will help you understand some of the major fundamentals of communicating effectively in any situation.
Posted by John Morgan at 2:12 PM No comments:

Everything Starts With A Conversation

A job interview.  A sales call.  A business relationship.  Even romance.  The way we communicate with each other orally is one of the most overlooked skills by today's professionals.  No matter how many new social networks are invented, the core concept of communicating face-to-face will always trump the influence of chatting online.


Thank you to my friend, Nick Staron at Jackson Hole Adventure Video, for helping me with this video commercial.  True to my statement above, this video only scratches the surface of how Dialogue Business Strategy can help you and your co-workers communicate more effectively with your customers and each other.

Call me anytime to discuss how improving your communication skills will help improve your business.  My cell number is 307-699-1159.  I look forward to chatting with you. 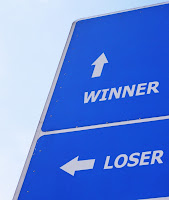 Have you ever met an aggressive sales person who pushes and pushes as hard as they can to make the sale, hopefully wearing down their customer enough that they finally give in? Chances are, your reaction to that sales person was not very favorable.  Even if you did give in to that initial purchase, you probably never wanted to deal with that salesperson ever again. You stopped taking their calls. You blocked their email address. And you may even have told others to "watch out" for this salesperson in the future. In the end, the salesperson may have won a sale, but they lost your future business.